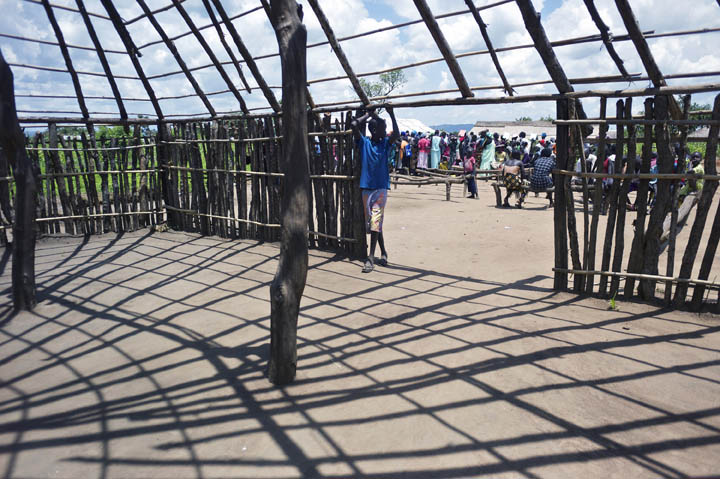 
Makal Mawut Abour, 14, from Jonglei state in South Sudan, stands at the entrance of a church (under construction) observing a crowd of South Sudanese refugees waiting to receive soap and feminine hygiene pads. In response to fighting which broke out in South Sudan in December 2013, thousands of refugees crossed the border at Nimule into northern Uganda. The fighting was between forces loyal to South Sudan president Salvar Kiir and his ex-vice president Rick Machar. The refugees have refused to return home because of fear the fighting will resume.