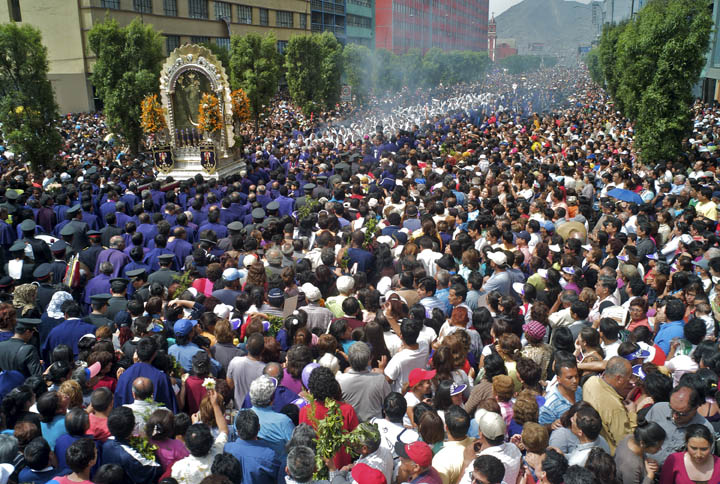 
Thousands of Peruvians gather at an outdoor mass and procession in honor of Our Lord of Miracles (Senor de los Milagros). It's the country's most widely attended religious event.It is rooted in African culture. According to tradition, in 1651 an enslaved man from Angola, who had converted to Catholicism, painted the depiction of Christ crucified on the wall of a building in Lima. In 1655 a major earthquake hit the area destroying the building, but the wall adorned with the painting was unharmed. Another earthquake, in 1687, caused the building to collapse and again the wall with the painted image remained intact. This cemented the importance of the image to the faithful. A replica of the image (with the Virgin Mary on one side) was created and is taken out in procession through the streets of Peru annually. The veneration of the image has international as well as national significance and it is associated with miraculous incidents.