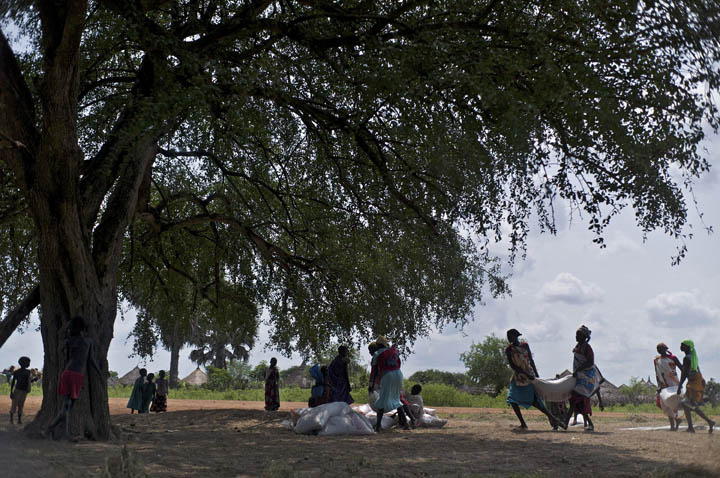 
South Sudanese, who have been living as internally displaced peoples (IDPs), gather under a large tree to distribute their monthly food rations. Thousands of South Sudanese became IDPs in the states of Jonglei and Juba, following the outbreak of fighting between forces loyal to South Sudan president Salvar Kiir and his ex-vice president Rick Machar in December 2013.